Jacob Little - About time for Justice 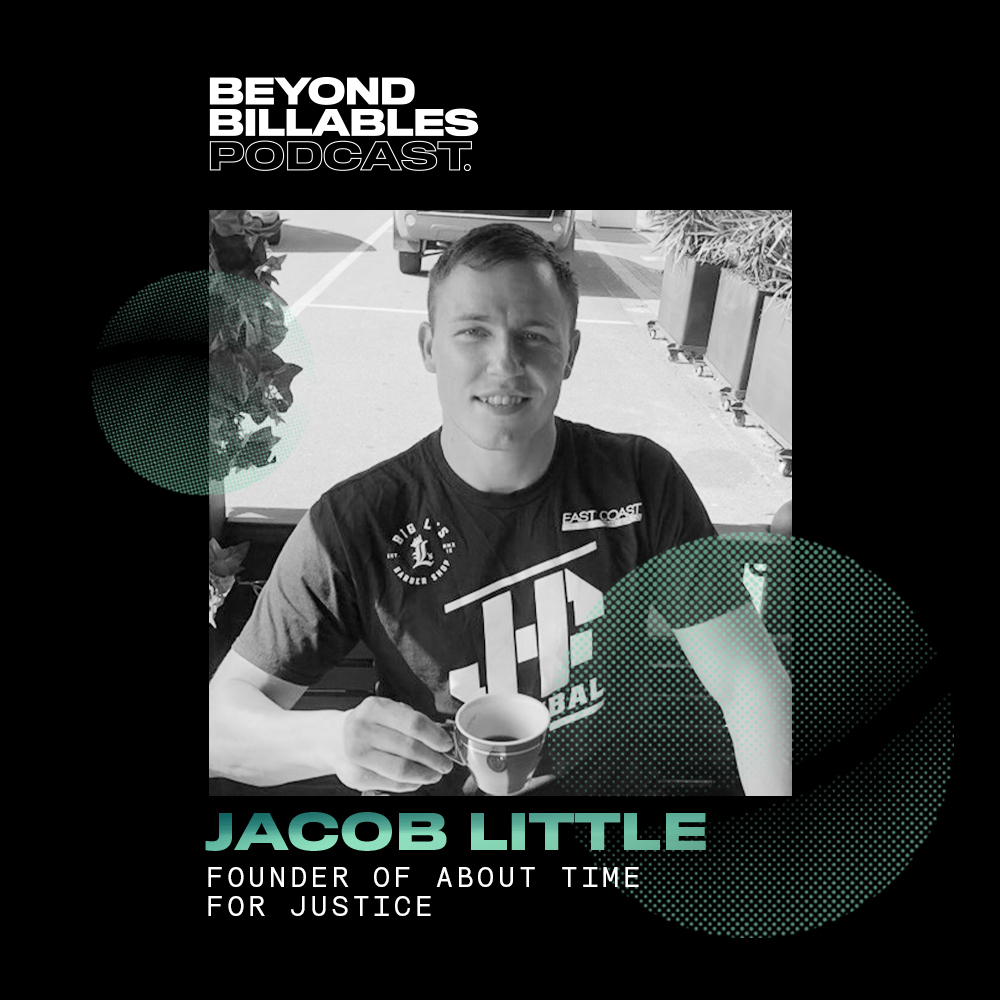 In this special edition of the Beyond Billables podcast it was my privilege to speak with Jacob Little, founder of About Time for Justice. Jacob was subjected to serious abuse in institutionalised care, spent time in prison and ultimately has come out to rebuild his life and help others who go through institutionalised abuse.

This is an honest and raw discussion where Jacob shares so openly about his story. Having started About Time for Justice this year Jacob has turned his life around, finished his high school studies and is on tract to start a degree and ultimately fulfil his dream of becoming a lawyer. We discussed what more can be done to protect kids, what Jacob is trying to do to empower people who have been subjected to abuse, and how he has managed to rebuild his life from scratch. This is one of the most important discussions we've ever aired on the show and we hope it can help in a little way for Jacob to reach and help more people.

"About time for justice specialises in assisting victims of historical sexual abuse seeking possible justice through the litigation process. Our passion is helping victims who have been affected by abuse within private and public institutions across Australia.

My mum and dad split when I was four years old; I decided to go with my mother.

Unfortunately I was left with out a male father figure, All I had was my pop. Unfortunately, he passed away from cancer. rip Wessely Bruce Little. This was a hard time in my life I was lost and confused, and I was raised one way which was what I thought was normal

My father was taken away from me at 10 years old, and he served a 16-year sentence. I went from seeing my father every school holiday to visiting him inside of a jail. Losing my dad had left me with a bad impression on an impressionable kid. I wouldn't say I liked authority!

Times were pretty tough myself, mum and my little sister were living in a housing commission. She did her very best to provide for us with any means necessary. A lot of other kids from the area had lost their-fathers, whether they were in jail or not. They had the same attitude to authority that I did. We decided to make the break from NSW and move to QLD

When I was about 17 years old, I started getting in trouble with cops. I fucked up and went to a boys yard. There were a lot of terrible things happening there; unfortunately, I was caught up in abuse while I was there.

I went from high school, playing footy, going to the beach and hanging out with my friends and family to being locked up just like my father.  I remember when I was in high school, I had been in trouble. The Principal pulled my mother in, The Principal said I would end up in jail just like someone else she knew, referring to my father.

When I turned 18, I was transferred to the men's prison. I had no idea what to expect, especially after my abuse in the boy's yard. When I got out, I started hitting the party scene, and I started taking lots of drugs, drinking and getting into fights. I ended up getting involved in street gangs. Eventually, I joined a crew, it was a place I felt like family,  protected and a brotherhood.

I started getting into more fights and I was getting involved in lots of violent events. I ended up getting charged again. I kept breaching my bail and ended up back in prison. At the time, there was a new VLAD law implemented in QLD  (vicious lawless association disestablishment act). I was one of the first people to get charged. I was facing 25 years.

I was thrown into solitary confinement. I was made to wear pink jumpsuits, I only had one phone call a day,  two hours yard time with no training equipment, no TV, No buy ups, no contact visits, we struggled to even get a book. We were treated worse than paedophiles; there was lots of confrontation with the screws.

At that time, I started noticing that people I knew began to drop off when I needed them most. I began to question this lifestyle. When I got out, I kept on the same path. My father's Parole was coming up, and some issues started to pop up because of the association with my friends.  His parole officer told me that I couldn't see him or I could possible get him locked back up as it was a breach of his parole conditions, This was because of my associations.

My dad was my life and role model in so many positive ways. I Had spent my whole life dreaming of spending time with him. Having that relationship that was so important to me feel threatened was a horrible feeling. From a young age, I started visiting jails doing jail phone calls and eventually going in myself. This started to become normal, but I decided I didn't want to keep doing that and just wanted to spend time with my dad and rebuild our family.

So I left my old life behind, and that was it. I have now been working for two years full time in the same industry. I am currently studying part time at USQ with the intentions to become a lawyer and also to inspire young kids to not go down the same path that I had. I am currently training to have a fight in the ring, it has always been a dream of mine. I am mentoring young kids to make positive changes to not get caught up in the same things that I did

If I can do it, anyone can do it, just take's the right attitude with a positive mindset. I have no regrets and now look forward to a future to be able to help people. " Jacob Little

Listen to the entire episode here